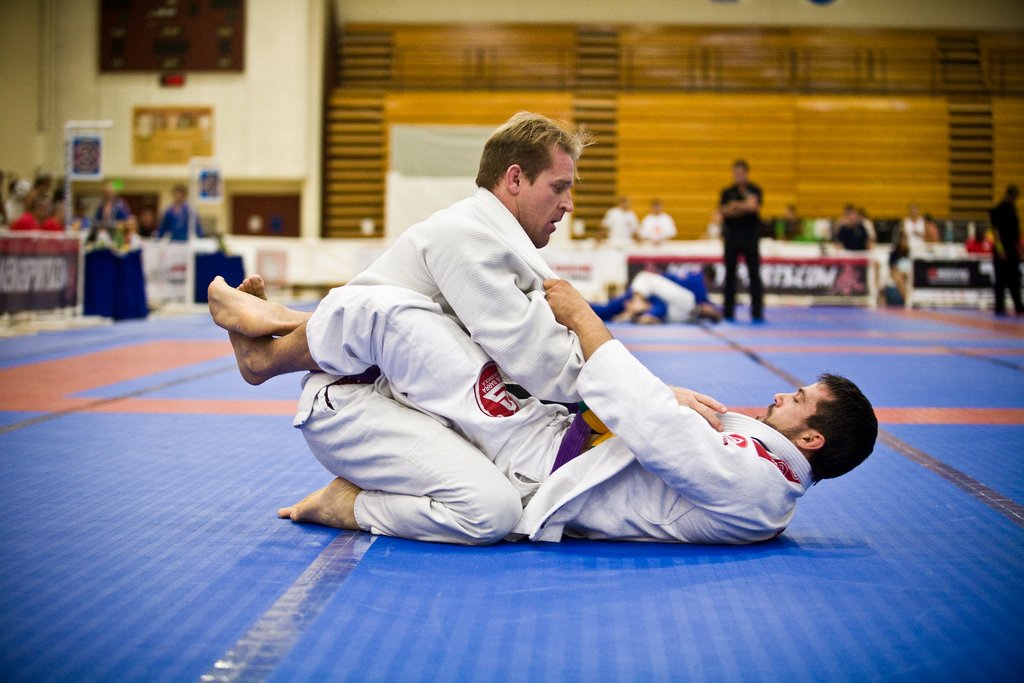 The Guard is arguably the most fundamental position in Brazilian jiu-jitsu during which you, the guard player, are on the ground and your opponent is above you looking to pass your guard. Though there are many variations of the guard, the position can be fundamentally broken into two parts: closed guard and open guard.

The Closed guard is a position in which your legs are wrapped around the hips or torso of your partner. From this position you, as the guard, player are likely looking to perform a sweep and gain top position, or submit your opponent from the bottom.

First, we are going to look at the major sweeps from the closed guard and what physical capacities are necessary to perform these sweeps effectively and safely. The specific technique of the sweep will not be address in this article because every professor teaches their variation, but generally, there are enough commonalities amongst how these sweeps are taught for us to analyze the biomechanics.

For each major sweep and submission from closed guard covered below, there will also be a video covering a specific exercise that can be used to improve the quality of execution of these fundamental jiu-jitsu movements.

The Scissor sweep is one of the first taught sweeps in a beginners jiu-jitsu class. This sweep involves opening the guard and kicking your opponent with the top leg while chopping with the bottom leg. This “scissoring” action coupled with proper upper body grips will force your opponent to one side with no base.

While this sweep is basic in its execution and does not require as much mobility as other sweeps, it doesn’t require the ability to quickly shift your hips from square to your opponent into a position where your hips are perpendicular. If you do not have appropriate coordination between your core and hips as well as dexterity, you could potentially excessively rotate through your lower back during this sweep.

The Pendulum Sweep is another fundamental sweep in Jiu-Jitsu. Relative to the Scissor Sweep, the pendulum sweep has more set up and mobility requirements. While there are several ways to execute a pendulum sweep, the general premise is that you take away your opponent’s base-arm on the side of the sweep and use the momentum up a full-body pendulum to knock your opponent in that direction.

While the sweep itself involves a scissoring motion similar to the scissor sweep, the momentum behind a pendulum sweep coming from your mobility in your hamstrings and adductors as well as your ability to contract these muscles from end range.

Below is an end-range training variation we use with outpatients to improve hamstring and adductor output for grappling as well as striking motions.

The Hip Sweep is another common sweep variation taught in beginners jiu-jitsu classes. This sweep does require rotation of the thoracic spine in addition to the bracing and hip dexterity requirements of other closed guard sweeps.

During this sweep, you will first look to bring your opponent’s hands down to the mat and then will post on your same-side elbow or hand while turning your torso and hips over your opponent, ideally ending in mount. Proper stability of the arm, shoulder blade, and spine is required to execute this sweep efficiently and safely. Having a stable upper body foundation allows you to build the base for your hips to finish the sweep.

Below we will look at a DNS 10-month transition that can be used to train the mechanics of this position and develop the proper body mechanics for a technical and well-executed hip bump sweep.

In addition to sweeping the top opponent, closed guard players are also generally looking for an opportunity to submit the opponent inside of their guard from the bottom. Again, there are several variations in how these submissions are taught, but we will use the common principles of these submissions to break down the mechanics.

One of the most unique characteristics of the mechanics of the armbar is the briding of the hips into the arm combined with the clamp. Performing this movement safely and effectively requires control of the lower abs and the ability to properly activate the posterior chain (glutes and hamstrings) without overextending the lower back. Below is a drill we use to practice proper lower ab activity with glute and hamstring activation. 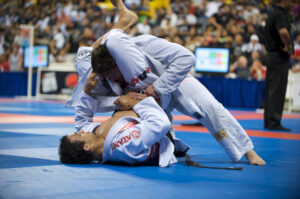 The triangle is another fundamental jiu-jitsu submission that has several unique biomechanical and anthropometric (leg length, etc) requirements to be effective. The requirements to execute a triangle from guard are similar to those of the armbar. The technique involves bridging the hips up and locking your legs around the neck and one arm of your opponent. This position is where the leg length and hip dexterity become important.

The finishing of the Triangle choke itself requires pulling one leg horizontally across the back of your partner and locking the opposite knee around the shin. This requires a high degree of hip external rotation to properly execute this submission without excessive strain on your hip and back or a failed submission.

The cross-collar choke is generally the first submission that is taught in a fundamentals jiu-jitsu GI class. This choke involves gripping the two collars of your opponent with opposite arms and ulnar deviating your wrist, to the pinky side. Generally, when individuals have difficulty with ulnar deviation, they will compensate by trying to complete the choke with the arms and likely fail or over-exerting the upper body. Below is a demonstration of controlled articular rotation for the wrist that we use to improve wrist mobility for grappling and other sports.

If you are a jiu-jitsu athlete currently dealing with an injury or would like guidance on how to stay injury-free and have longevity in the sport, book a consultation with us below! 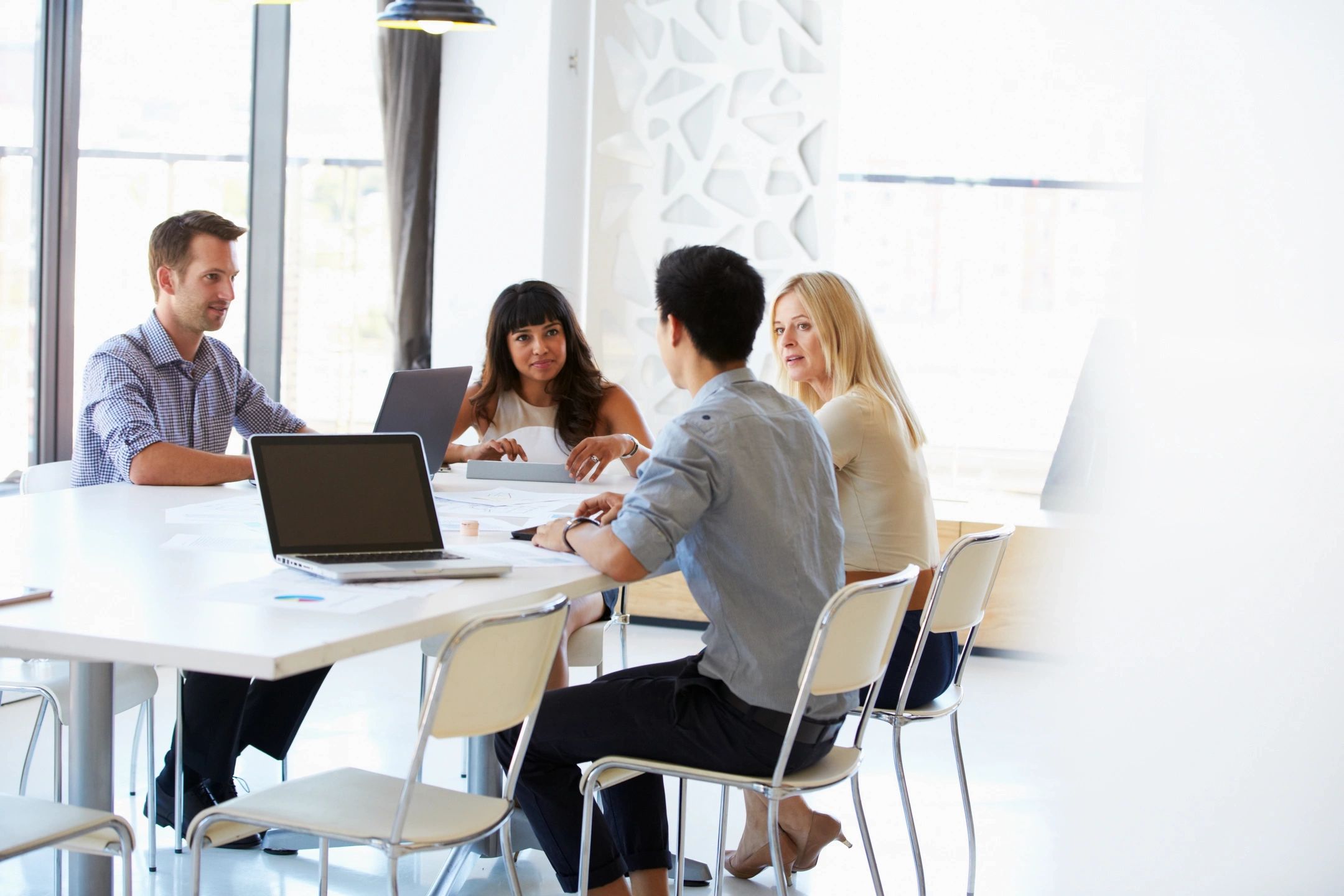 5 Ways to Optimize your Workstation for Productivity

5 Ways to Optimize your Workstation for Productivity

We are proud to serve Hallandale Beach, Aventura and Hollywood, FL.